Jerk Chicken in the Bahamas 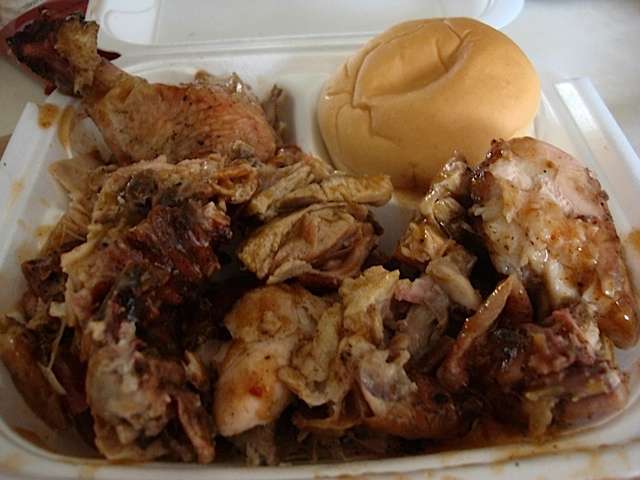 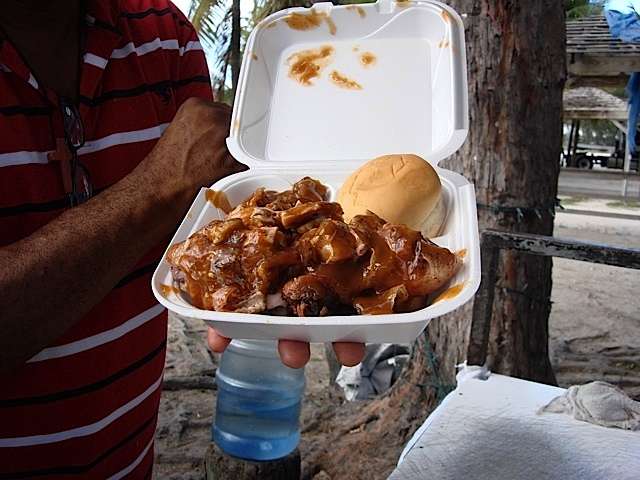 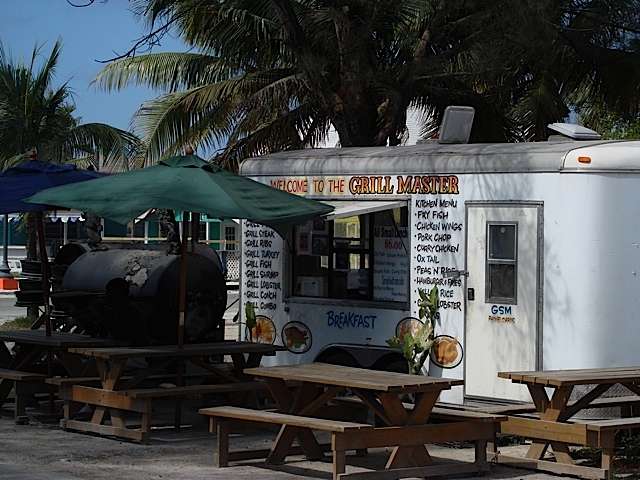 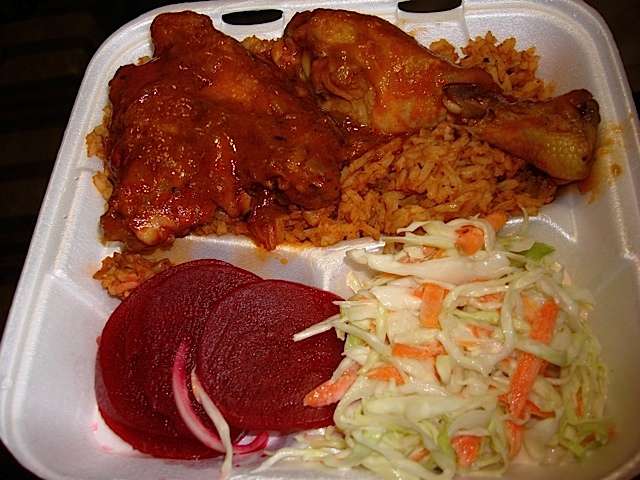 Jerk Chicken in the Bahamas

Mention caribbean food to someone and no doubt one of the first on the list will be jerk chicken. Traditionally, jerk chicken is cooked on barbecues constructed from big oil drums. The 'jerk' bit refers to the seasoning used, which is hot, spicy and has flavors of allspice, thyme, cloves, nutmeg and just a hint of cinnamon.

There is not just one recipes for jerk chicken, but many, each of which has its own unique characteristics. More often than not, the dish is served with jerk sauce (simmered marinade) poured on top before just before being served with rice and peas, or hard dough bread.

The grill master at The Fish Fry - superb jerk chicken as well as all other manner of barbecued meats and fish, cooked on a traditional oil drum grill

a huge portion of jerk chicken, served with a roll - this small snack should keep you going until dinner time! We took this one home to feed two people, served with more bread, plenty of sweet corn, rice and peas.

Look similar to the one above? - that one was so good, we came back for more a few days later and it was just as delicious as the first one!

Don't miss out - with all the great things to see and do in the Bahamas - a good guide book can be really useful.

the easiest way to find stuff